David Elswood, the longstanding and much admired head of the wine department at Christie’s, has died aged 61. 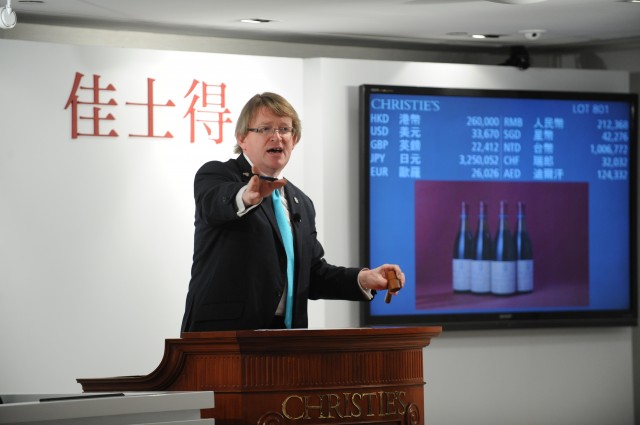 He passed away after a battle with throat cancer.

David joined Christie’s in 1985 and in his three decade long career rose quickly through the ranks and came to be the face of the wine department on the international stage.

He led the team as international head of wine sales and principal auctioneer until 2017 when he became senior international consultant for the department.

Christie’s said in a statement that David was “pivotal” in helping develop Christie’s international standing as an auctioneer of fine wines.

He was at the rostrum for some of the house’s greatest wine sales and helped grow Christie’s on-going connection with the Hospices de Beaune auction.

Awarded the Spanish Scholarship when he took his WSET Diploma in 1987, in 2003 he was made both a Commandeur du Bontemps de Médoc and Chevalier du Tastevin.

Well-known for his knowledge and passion for wine and his sense of humour, Christie’s said: “David was an exceptional man in all respects. He was a superb auctioneer, a caring colleague, inspiring leader, a great friend and a beloved member of the fine wine and auction community. He will be missed enormously by those who knew him and worked with him.”